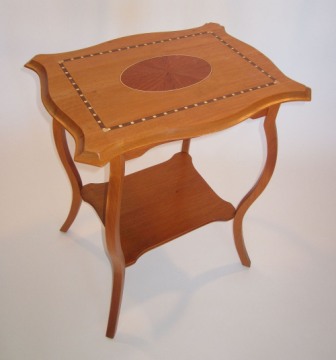 On this version of the table I inlaid an oval feature to give a more interesting look to the top. 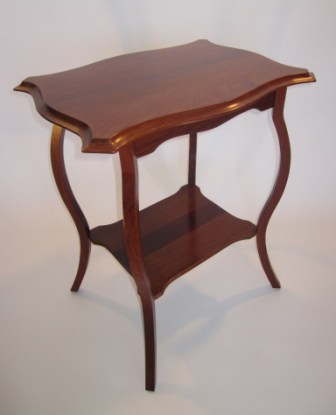 Thai Rosewood with an Indian Rosewood insert in the bottom shelf.

This solid Rosewood version of the table has a grand, very regal, appearance.


The design shape of this series of tables is taken from an early 1900s Scottish antique table that has been in our family since the about 1925. The original table was made by one of the small furniture makers who were based in Glasgow in the early part of the late 19th, early 20th, century but have long been out of business. It was design for the mass production of the day so it is a very simple construction made using only 10 pieces of wood held together by 12 screws and very simple joinery. Even though it is a "mass production" piece it's simple lines give them a delicate, appealing, appearance